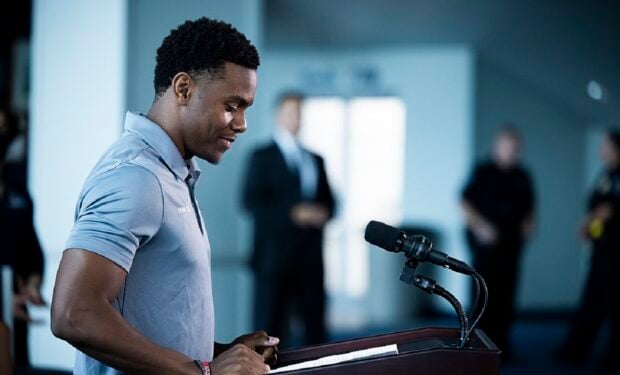 Washington Commanders quarterback Carson Wentz likes what he sees when he looks down the field these days — and it looks like it will only get better as the youth matures.

Because the rookie out of Penn State Jahan Dotson (the 16th pick in the draft) looked like the future was wide open as he owned the field in his opener. Dotson obviously planned to introduce himself as an immediate impact player — the plan worked. Dotson arrived for his NFL debut in ripped jeans and wearing a big smile — swipe to third pic below — and then he ripped apart the Jacksonville Jaguars defense.

Dotson caught three passes for 40 yards — and took two of them to the end zone. He averaged 13+ yards per catch in his first NFL game and had a 24-yard completion on the way to a banner day and a victory. First day out, indeed!