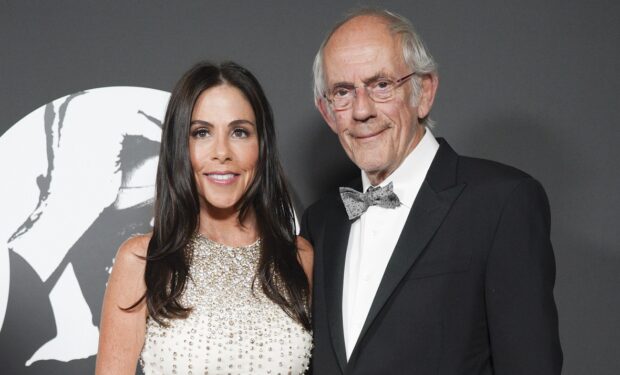 ABC is celebrating the life and legacy of TV producer Norman Lear, who recently turned 100. Many of Hollywood’s brightest stars will honor “the remarkable storyteller, activist and philanthropist,” during the two-hour program, Norman Lear: 100 Years of Music and Laughter.

Christopher Lloyd, 83, is one of the stars in attendance. Before playing Doc in the Back to the Future movie franchise with Michael J. Fox, Lloyd played Jim in the popular TV series Taxi with Tony Danza, who is also in attendance.

Lloyd brings his gorgeous, younger wife Lisa Loiacono Lloyd, 52, who turns heads in an all-white ensemble (above). They married in 2016.

Above is a photo from the 2022 Vanity Fair Oscar party; below is at the Saturn Awards in 2021.