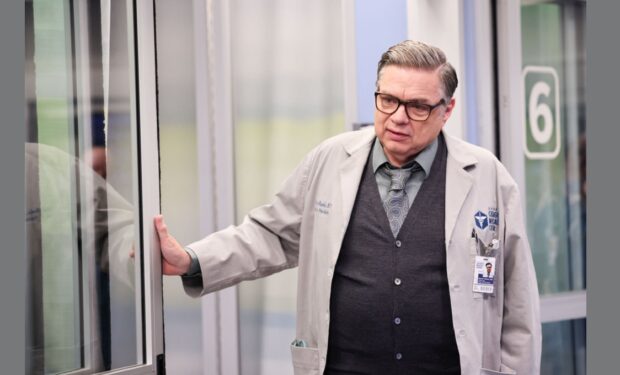 On the Season 8 premiere episode of Chicago Med, ‘How Do You Being To Count the Loses,’ while Crockett (Dominic Rains), Ethan (Brian Tee) and Archer (Steven Weber) work together to try and save the survivors of Will’s (Nick Gehlfuss) apartment fire, Charles (Oliver Platt) and new psych fellow, Nellie Cuevas, helps a paranoid patient.

Nellie is portrayed by Lilah Richcreek Estrada (above).

She’s known for her roles on The Wonder Years (Wendy, the diner waitress, see above), and on Courteney Cox’s popular series Cougar Town.

Lilah played the fast-talking hostess at a fancy restaurant — watch hilarious scene above in her reel (at the 5:30 mark).