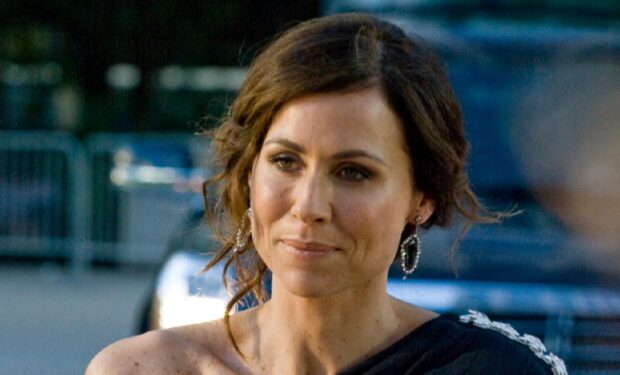 Hollywood movie star Minnie Driver was nominated for an Oscar for her supportive role in Good Will Hunting with Matt Damon, Ben Affleck and the late great Robin Williams in 1989. Matt Damon and Ben Affleck won the Oscar for Best Original Screenplay, and Williams won for Best Supportive Actor.

Watch Minnie as Skylar deliver the famous “Give me a kiss” joke below.

A post shared by celebrating women in cinema ♀️ (@90s.womennn)

During an interview, see/listen to video below, Minnie talks about the moment she heard she was nominated for an Oscar.

She was at home, with her sisters who “burst down the door.” They were screaming so loudly that, according to Minnie, “my neighbour called the cops.”

The funniest bit of the story involves the cops who “break the news” to Minnie that she doesn’t have a chance against the other nominees including Kim Basinger, who did end up winning for her role in L.A. Confidential.

Get ready to see more of Minnie: she stars in the new film Roseline, about the Shakespearean character in Romeo and Juliet (Roseline was Romeo’s girlfriend before Juliet). To be released in October 2022 via hulu.