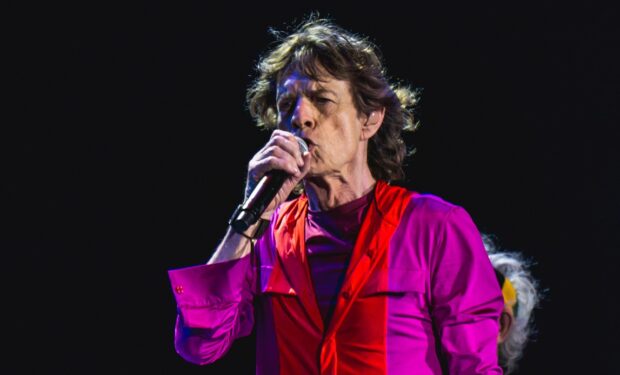 Legendary rock star Mick Jagger of The Rolling Stones went to a Coldplay concert and shared the video below. He wrote: “Had a great time watching Coldplay last night. A real busman’s holiday!”

Note: A busman’s holiday is a British term meaning: “a vacation or form of recreation that involves doing the same thing that one does at work.”

That’s 79-year-old Jagger in the black hat with his hands in the air, a party light bracelet around his wrist, swaying with the crowd singing along with Chris Martin, the lyric “I will try to fix you,” from Coldplay’s “Fix You.”

Jagger most recently performed in Berlin and in front of an energetic crowd, as seen in the video above.

Fans never know when and where he’s going to show up, but they’re always happy to see him, as seen in Vienna, above.