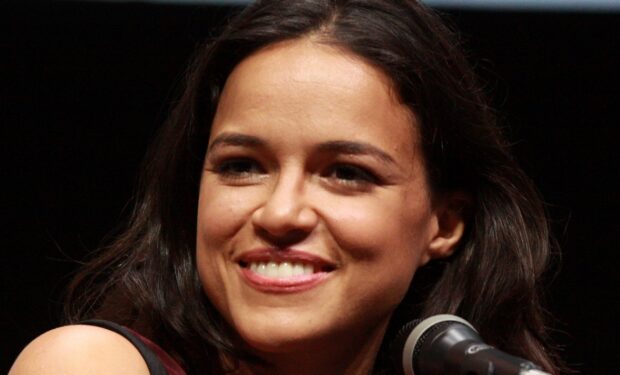 Hollywood movie star Michelle Rodriguez is best known for her role as Letty Ortiz in the Fast and Furious film franchise with Vin Diesel, Charlize Theron and Ludacris, among others.

When not filming Fast X with newbies Aquaman star Jason Momoa and Captain Marvel star Brie Larson, Michelle is promoting her new project, Dungeons and Dragons: Honor Among Thieves. She stars as The Barbarian; Chris Pine plays The Bard.

Michelle was pumped to talk about all her projects at the San Diego Comic Conference. As seen in the video above, she made quite the entrance but doing a full somersault and landing on her feet. More than one fan replied: “badass.”

Dungeons and Dragons: Honor Among Thieves is set for a March 3, 2023 release.