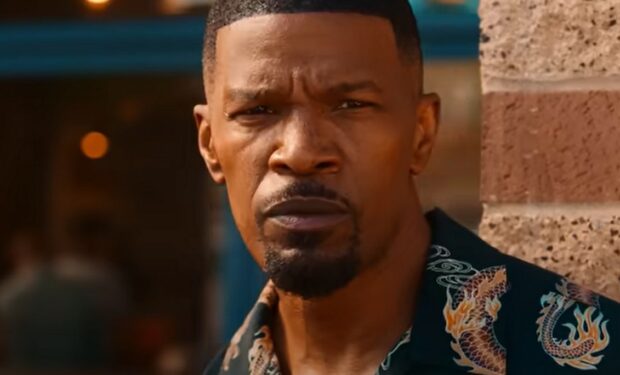 When not hosting the FOX game show Beat Shazam with his gorgeous daughter Corinne, Oscar Award-winning actor Jamie Foxx (Ray) is promoting his latest project. As seen in the billboard below, Foxx stars in the upcoming Netflix movie Day Shift.

He captioned the pic: “It’s what I use to dream about… sunset Blvd.” and used the hashtag #stillhungry.

Foxx plays an LA vampire hunter who “has a week to come up with the cash to pay for his kid’s tuition and braces.” Netflix describes the character and situation as “Trying to make a living these days just might kill him.”

Foxx wrote of his work with rapper/actor Snoop Dogg, “we lit it up.” As heard in the trailer above, Snoop delivers the line: “Vampire hunting is a business. Cutting necks and cashing checks.”

Day Shift will be released on Netflix on Friday, August 12.