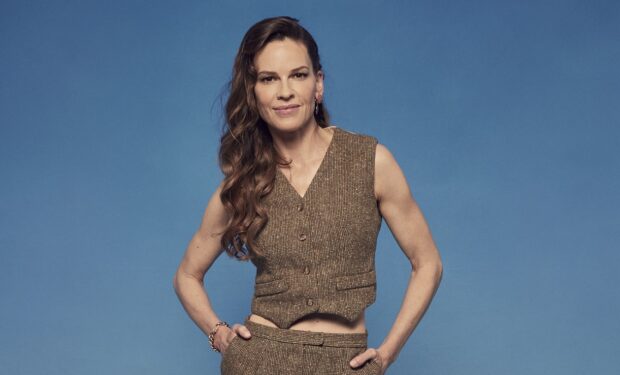 With the adorable photos below, of her with her dog ‘Mama Moon’, Hilary explains that she’s teamed up with two companies to make these adorable matching sweater vests, and 100 percent of the proceeds (the price of the pattern) goes to her nonprofit organization, Hilaroo Foundation, that brings “kids who have been given up on” and abandoned animals together.

Hilary’s fans love the look: one wrote, “Twinsies!” and another wrote, “Love the side buttons!”

Get ready to see more of Hilary (and in sweaters): she stars in the upcoming ABC crime thriller series Alaska Daily with Jeff Perry (Scandal).

Hilary plays the protagonist, a journalist who seeks a fresh start in Alaska working for a newspaper in Anchorage. In the premiere episode, she tries to find a missing woman. Alaska Daily premieres on ABC on October 6, 2022.