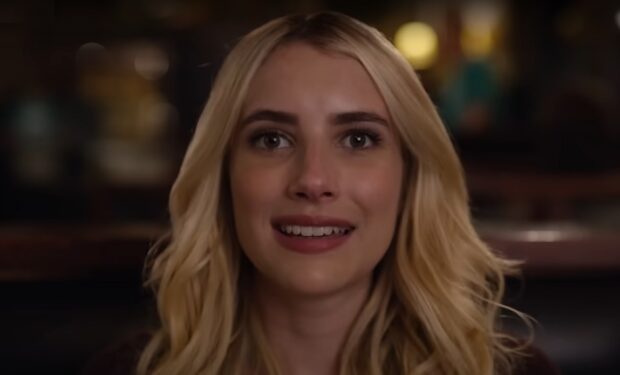 Emma Roberts in About Fate (MGM)

When Hollywood movie star Emma Roberts (daughter of Eric Roberts, niece of Julia Roberts) released the trailer for her new movie About Fate, she wrote: “Sometimes fate makes you question everything you know about love.”

Emma’s fans are going wild over the sneak peek performance. She plays Margo, a young woman who’s dumped by her hot boyfriend Kip the night before her sister’s wedding. See trailer above.

One fan replied to Emma: “Our rom com goddess,” another replied: “You are a modern day Audrey Hepburn! This looks charmingly funny.”

About Fate will be on digital and in select theaters September 9, 2022.