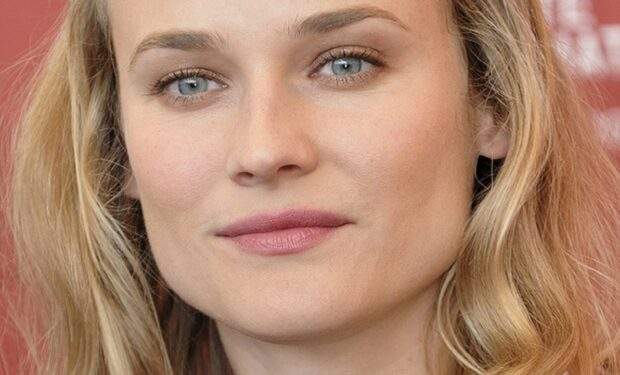 When Hollywood movie star Diane Kruger (Inglourious Basterds) shared the close-up photo of her eyes below, she wrote: “Ummm 🧐 (friends texting asking me if I was ok made me realize I should clarify…it’s for a scene !! All good 😊 But thank YOU for being concerned ❤️).”

Note: the pupil on the left is dilated while the one on the right is not.

Even with that post with that caption, many fans voiced their concern and told Kruger to “see a doctor ASAP,” among other words of medical advice.

As seen in the photos above and below, with her partner Norman Reedus (The Walking Dead) and child, Kruger enjoys experimenting with different looks at home, too.

Get ready to see more of Diane: she stars in the upcoming film Out of the Blue, written and directed by Neil LaBute (Nurse Betty).

Kruger plays a married woman named Marilyn who seduces a young ex-con named Connor (Ray Nicholson), “whose dull life is transformed into a thrilling fantasy world” thanks to her. Hank Azaria co-stars as Connor’s probation officer. Out of the Blue will be released on August 26.