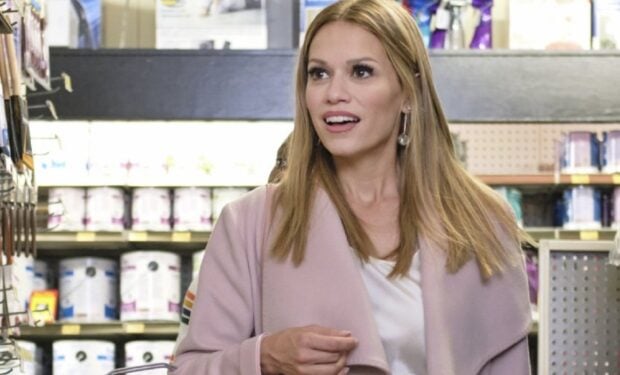 When not recording her popular podcast Drama Queens with her former One Tree Hill co-stars Sophia Bush and Hilarie Burton, actress Joy Lenz spends time with her family, including her 11-year-old daughter, Maria. See photo below.

Joy wrote of Stefani: “She’s such a Pop Queen in the best way. She knew her audience, women like me who wanted to also bring their young daughters, so she kept it PG the whole time. She’s like the anti-Madonna 😂😂.”

Above is a photo of Madonna with her 25-year-old daughter Lourdes Leon.

Get ready to see more of Lenz: she will appear next in the upcoming movie Harvest Moon, a romantic comedy about a boy who tries to reunite his separated parents during the pandemic. Paul Bettany, plays the husband of Lenz’s character, also co-wrote the script.