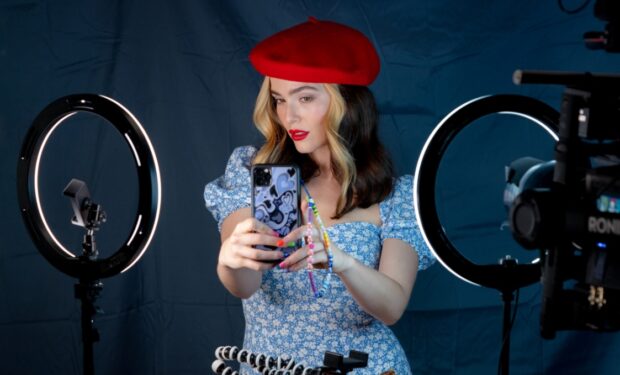 Hollywood star Zoey Deutch (daughter of Back to the Future actress Lea Thompson and Pretty In Pink director Howard Deutch) launched her acting career in 2011 (on an episode of NCIS). Now she’s starring in the dramedy film Not Okay, in which she plays “an unlikeable female protagonist” named Danni Sanders.

Not Okay, which is written and directed by Quinn Shephard, is about a young friendless woman (Deutch) who so desperately wants attention that she pretends to be a survivor of a terrorist attack in Paris, France. See trailer above.

Get ready to see more of Karan: he stars in the upcoming comedy The People We Hate at the Wedding with Kristen Bell and Allison Janney (photo below below).

Not Okay will be in theaters on Friday, July 29.