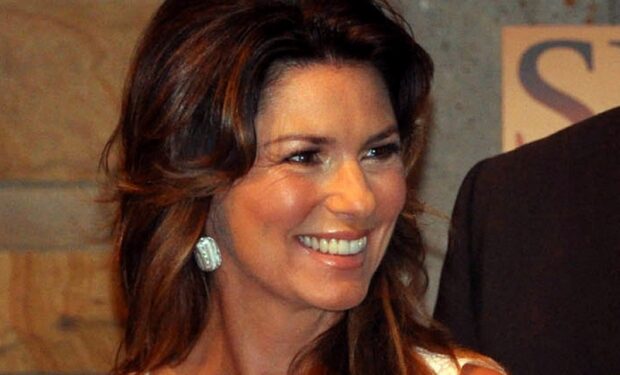 When not on stage or in the studio, country pop music legend Shania Twain takes in live events. When the Canadian-born singer shared the cute selfie below, taken at the Montreux Jazz Festival at Lake Geneva, Switzerland, she wrote: “Reunited.”

That’s Alison Krauss on the left and Rock n’ Roll Hall of Famer Robert Plant (Led Zeppelin) cuddled up on the right.

When the festival posted the photo above, it captioned the moment: “The duo Robert Plant and Alison Krauss made the #AuditoriumStravinski dream with the voice of an immaculate angel and that of a untamed lion.”

As one fan wrote: “Everything happens for a reason.” Another replied: “Hang of the century.”

Shania also had fun with John Legend at the Festival.

Get ready to see more of Shania: she’ll appear on an episode of the upcoming CBS reality series Superfan. It’s described as “a six-episode musical spectacle disguised as a game show, that will feature contestants vying in multiple rounds of play to prove they are the ultimate fan.” On her episode, Shania gets to pick the winner, the ultimate Superfan. Coming to CBS this 2022-2023 season.

The other five celebrities to appear on the show are: Kelsea Ballerini (see above with Shania at Stagecoach 2017), Gloria Estefan, Little Big Town, LL Cool J, and Pitbull.