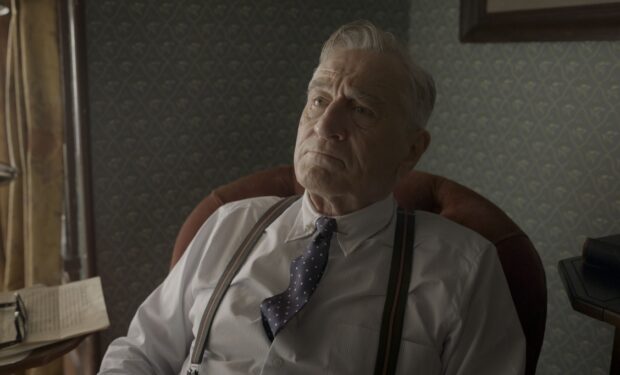 David O. Russell is the writer and director behind the upcoming film Amsterdam. Based on true events, Amsterdam is set in the 1930s and features Christian Bale, Margot Robbie and John David Washington, who play three friends who vow to protect each other after witnessing a murder and then becoming suspects in the murder. It is an outrageous plot.

As seen in the trailer above, many Hollywood stars appear in the period film including Chris Rock, Anya Taylor-Joy, Taylor Swift, and Michael Shannon, among others.

One of the most memorable scenes is shared between Robert de Niro and Mike Myers. Watch the trailer above: “the cuckoo is in the nest” scene is at the 1:52 mark.

Amsterdam is scheduled for a November 6, 2022 release.

Get ready to see more of Myers: he stars in the Netflix comedy The Pentaverate. He plays a conspiracy theorist: see clip above with Lydia West.