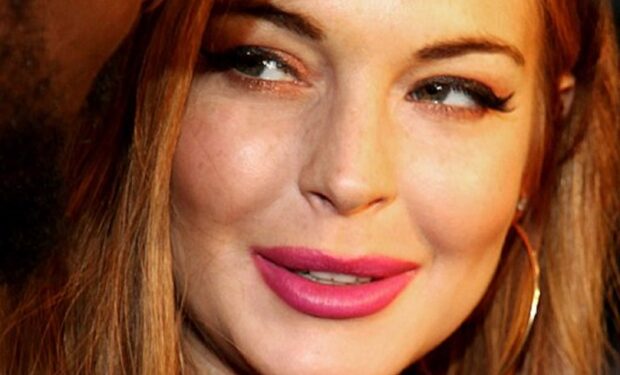 Former child star Lindsay Lohan (The Parent Trap, Mean Girls) has been named the spokesperson for Allbirds’ new running shoe, the Tree Flyer. She stars in the clever commercial below titled “The Unexpected Athlete.”

That still shot of the Oreos and peanut butter is a nod to Lindsay’s movie The Parent Trap — clip below.

“I didn’t run truck in high school, I was more of mathlete.” (Her Mean Girls character eventually embraced her math brain and competed as a mathlete.

When she picks a pair of pink Allbirds sneakers, she knowingly smiles at the camera and says, “Well, it is Wednesday.” (When her character and the clique “the plastics” wore pink to school.)

She tells the audience, the sneakers aren’t just cute but they’re also made of natural materials and reminds them to “Always avoid the plastics.”

The final Mean Girls reference delivered is when Lohan says, “The perfect shoe for a Queen Bee like Lindsay Lohan. See “The New Queen Bee” clip above.