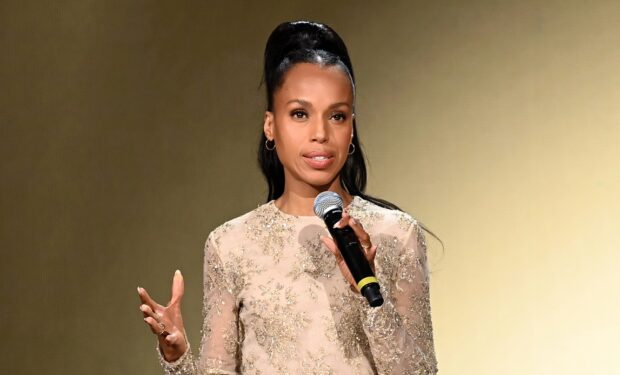 When not on a movie set, Hollywood movie star Kerry Washington makes fun videos for “The Street You Grew Up On” series. In the video below, Kerry reminds her fans that she’s from the Bronx, New York and that her guest of the day Ashton Kutcher is from the Midwest (Iowa).

When Ashton calls a bottle of unlabeled Coca-Cola “a pop,” Kerry says, “That’s crazy. That’s insane. I don’t understand that. That’s a soda.” She also argues that “Pop is what we call someone’s grandfather.” Ashton replies, “No, that a papa.”

One fan replied “Kerry is so silly,” while another chimed in, “Omggggg this is hilarious and incredible!”

As seen in the video above, Ashton’s wife Mila Kunis joins in on the fun.

Kerry also recently spoke with Camila Cabello, who spoke about leaving Cuba for Mexico and then Miami.