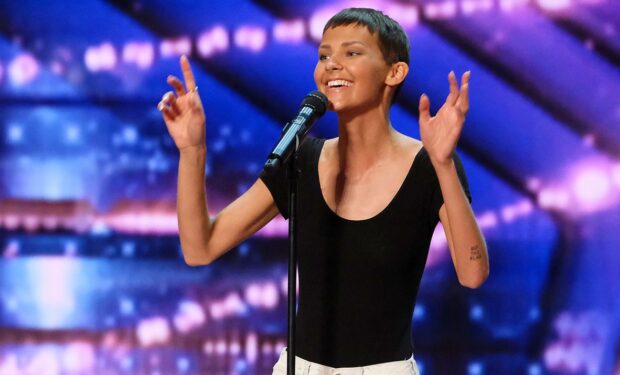 One day after the Fourth of July, America’s Got Talent will feature executive producer and judge Simon Cowell‘s Favorite Golden Buzzers over the years. Simon recently hit the Season 17 Golden Buzzer for 13-year-old singer Sara James.

Last year, on Season 16, Simon got emotional listening at the audition of singer Jane “Nightbirde” Marczewski and hit his Golden Buzzer. The 30-year-old singer revealed that she was battling cancer and delivered an amazing performance. She sang an original song, “It’s OK.”

Unfortunately, Nightbirde was unable to compete on the show after her audition due to her health. She passed away in February 2022. She was 31. She will be honored during the special AGT Golden Buzzer episode.

Nightbirde’s family announced that they are releasing Jane’s song “Fly” on July 4. They wrote: “It felt fitting for Jane’s independent spirit to have an Independence Day release.”

One month after her passing, Jane’s song It’s OK was featured in an episode of the series Good Trouble — see below.