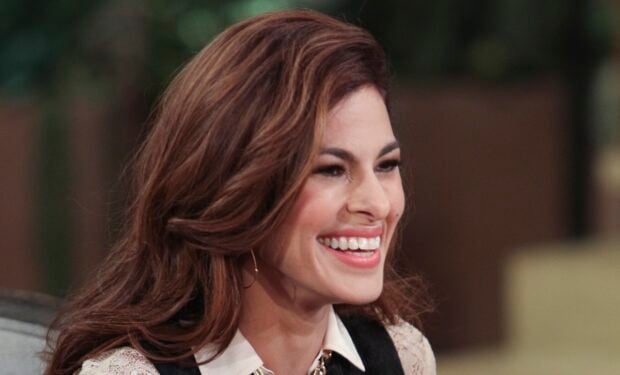 When not spending time with her family including partner Ryan Gosling (who currently stars in the Netflix movie The Gray Man with Ana de Armas), Hollywood movie star Eva Mendes (Hitch) often models.

When the gorgeous and talented actress posed in the lemon-colored linen double-breasted blazer and buckle strap dress (above and below), her fans went wild for the look. She captioned the photo above, “Woke up like this.” One fan replied: “Very flattering outfit.”

That blazer and dress is by LBV, a label known for “fashion for under $200.”

It’s been eight years since Eva appeared on the big screen — in the 2014 movie Lost River, which was written and directed by Ryan Gosling and stars Christina Hendricks. See trailer below.

Below is the trailer for Ryan Gosling’s The Gray Man.