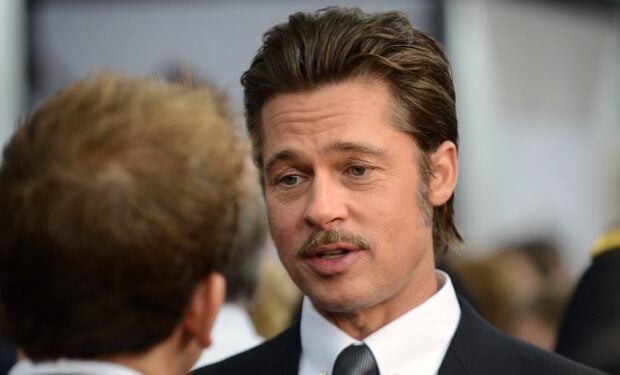 He plays a seasoned American assassin named Ladybug, who’s called back into action via his handler (Sandra Bullock) to collect a briefcase on a bullet train heading from Tokyo to Kyoto. He’s not the only assassin on the train with the same mission.

As seen in the AP press video below, Pitt talks about the undercurrent message of fate in Bullet Train, “and that we’re all agents of fate in some way.”

Pitt goes on to say: “This is something I argue with myself a lot, I don’t know how much is fate, you know, we’re puppets in some bigger play, or how much is, you know, personal will, manifestation, however you want to define it. I think they’re both at play only because I don’t have a better answer.”

Get ready to see and hear more from Pitt: he will appear next on the big screen with Margot Robbie in the upcoming drama Babylon, which is scheduled for a January 2023 release. (Photos above.)