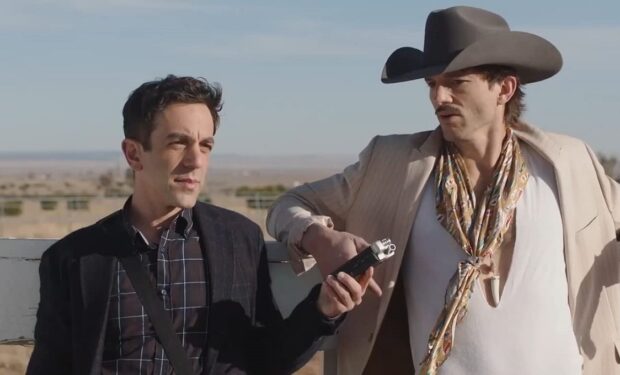 BJ Novak has been busy since he’s days playing Ryan Howard on The Office (2005-2013). The Harvard grad stand-up comedian has become a New York Times bestselling author, for one. Now the 42-year-old is promoting his new movie, Vengeance, which he wrote and directed.

Novak plays the protagonist, a New York City journalist/podcaster who travels to West Texas where he meets a potential murder suspect played by his old friend Ashton Kutcher. Watch the trailer above to see Novak make a hilarious shout out to Texas Tech.

Novak made his TV debut in 2003 on Kutcher’s MTV reality show Punk’d. As Novak says in the red carpet interview below about Kutcher: “If it weren’t for him, I wouldn’t be starring in this.”

Issa Rae, Dove Cameron, and Boyd Holbrook also star in Vengeance which will be in theaters on Friday, July 29.