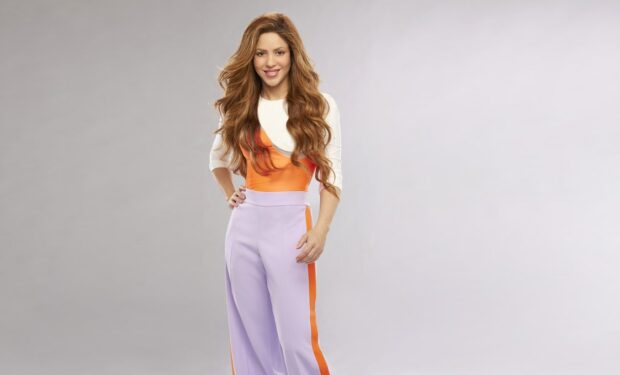 Shakira may be splitting from longtime romantic partner, European soccer star Gerard Pique, after a dozen years, but the change doesn’t seem to have turned down her glow.

It was only Saturday when the pair issued a joint statement about the separation, asking for privacy and especially for sensitivity concerning their children.

“We regret to confirm that we are separating. For the well-being of our children, who are our highest priority, we request respect for (our) privacy. Thank you for your understanding,” read the statement.

But ever the pro, Shakira’s sorrow doesn’t show in the video above, where she’s working in terrific syncopation with fellow judges Nick Jonas and Liza Koshy to let people know that Dancing With Myself is back on NBC tonight at 10pm.

Here’s the video that introduced the famous couple back in 2010, when Shakira recorded the official song of the 2020 FIFA World Cup, “Waka Waka.”