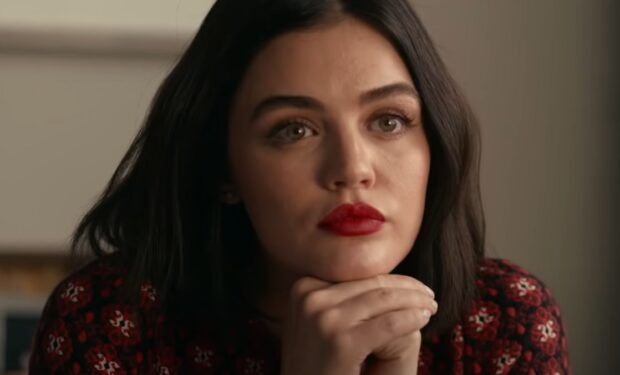 When not promoting her film The Hating Game, Hollywood movie star Lucy Hale finds a way to entertain herself and those around her during downtime.

As seen in the video below, Lucy — wearing a stunning backless denim dress — tickles the ivories of a grand piano at the airport in Istanbul, Turkey. The woman taking the video tells Lucy, “give us a little something.”

Looks like Lucy is enjoying the sights in Turkey.

Below is a trailer for The Hating Game, which is based on the novel of the same title by Sally Thorne.

Lucy plays the protagonist, Lucy Hutton, who is up for a big promotion at a big-time NYC publishing house. Things turn wacky when she finds herself attracted to her nemesis Josh, who is also up for the promotion.