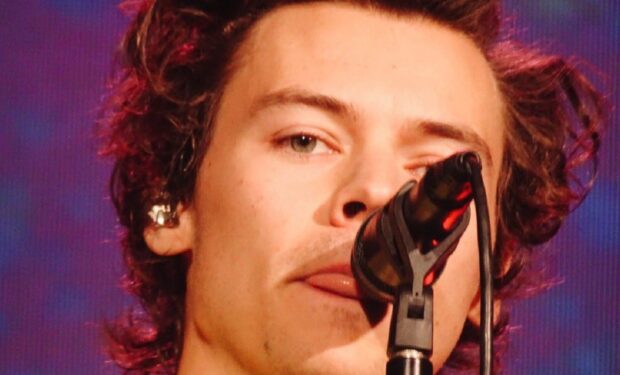 Austin Butler was always meant to play Elvis Presley, to hear director Baz Luhrmann tell it. There was no other actor so perfect for the role. But wait — Harry Styles wanted the part. Isn’t that a no brainer too? Doesn’t Harry Styles get what Harry Styles wants?

Not this time, Luhrmann says. And here’s the Catch-22: Styles didn’t get the part of Elvis because he is Harry Styles, too much himself to be a different music icon, no matter how great his acting chops.

Butler is not quite the household name. Yet. And he had so many things prepare him for the role — and went so deep into it — that Luhrmann can’t imagine another portrayal. As the director explained to Fitzy & Wippa:

“The thing about Austin was that he will tell you himself, I didn’t pick him. It’s as if he was drawn — like the role drew them in — because he was almost born to play it. You know, we can talk about it now, he like loses his mom at the same age that Elvis did. He sends a video to me with this thing and… He just happened like two years non-stop living and breathing as Elvis. He’s now going through a sort of, it’s like, deprogramming thing because he’s been a long time since he’s known who he was.”

It was Butler, in other words, who was appropriately all shook up for the role. Even if Styles looks pretty darn shook up below.