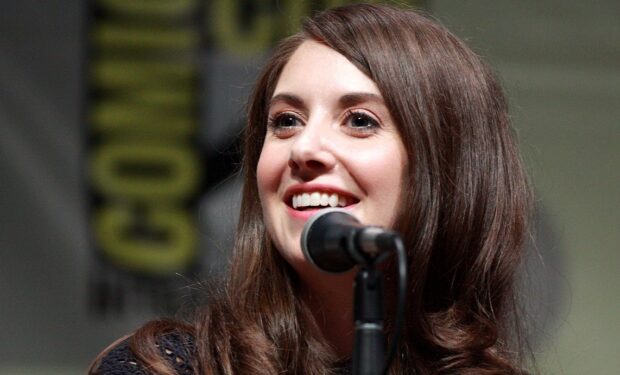 When not on the set of a movie, actress Alison Brie (GLOW, Community) often dresses up to promote her latest project, the AppleTV+ series Roar with Nicole Kidman, Cynthia Erivo, and Issa Rae, among others.

When Brie shared the stunning photos below, of her modeling a tiny mini skirt held together with a golden safety pin, she wrote: “Zoom press but make it a photo shoot.”

As one fan cleverly replied: “Va Va Va voom on da zoom.” The ensemble is by Versace, and those Mary Jane platform high heels are by designer Giuseppe Zanotti.

Get ready to see more of Alison: she’s filming the action/comedy film Freelance with John Cena.