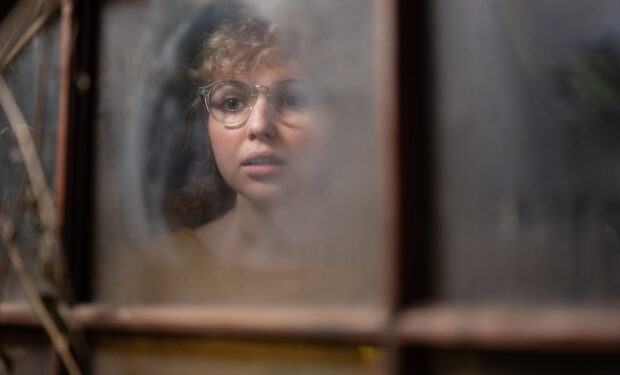 Yellowjackets star Samantha Hanratty grabs the cover of PopSugar with a revealing interview and an informative subtitle, which declares Hanratty is “not Misty Quigley.” And that’s no surprise: after all, she’s only half of Misty Quigley on the Showtime hit series as it is — Christina Ricci plays the older Misty.

Besides, Hanratty and her character are just built different, as you might expect. Misty Quigley, for one, probably wouldn’t have stumbled onto her fiancé on the Bumble dating app! (That’s just one of the fun reveals in the PopSugar piece.)

Amazingly, despite the big time feature, Hanratty said earlier this week that it “has been a tough week,” noting that she’d like to go back to paradise and get some sunshine and water.

Being a rising star, she knew she could give her fans a little taste of paradise no matter where they were, so Hanratty posted a stellar pic of herself in paradise, bikini’d up and joyous.

In 2021, Mashable wrote in a headline that “Yellowjackets MVP Misty Quigley is a wild highlight of fall TV” and as time progresses, that title only grows more true.

Hanratty has made a habit of keeping it real, something fans require these days. She told the Daily Beast that rejection is what drove her, and that it happens all the time: “People just see the ups, but they don’t see all the rejection and the struggling to get the next job,” Hanratty said.

Something tells us rejection is going to be less a part of her future than her past. First of all, people must be learning you just don’t mess with Hanratty…

For those unfamiliar with the show, Showtime describes it as “equal parts survival epic, psychological horror story and coming-of-age drama, YELLOWJACKETS is the saga of a team of wildly talented high school girls soccer players who become the (un)lucky survivors of a plane crash deep in the remote northern wilderness.”