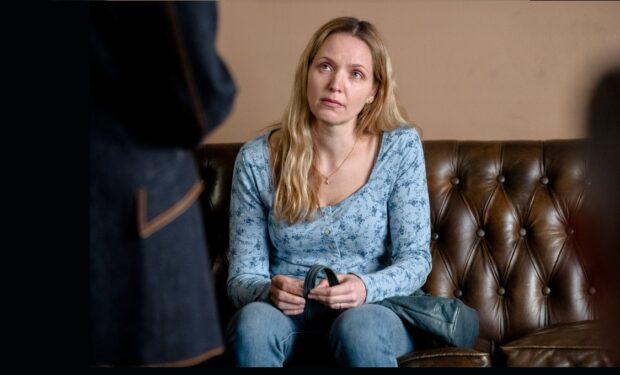 In the Season 23 finale of Law & Order: Special Victims Unit, ‘A Final Call at Forlini’s Bar,’ the SVU provides help and protection for Delia Hackman, a longtime domestic violence victim. But when she winds up at the defendant’s table in court, Rollins (Kelli Gaddish) surprises Carisi (Peter Scanavino) with a formidable opponent at trial.

Delia Hackman is portrayed by Jordana Spiro. The New York native is known for her roles on Ozark (Rachel), Blindspot (Sarah Weller), The Good Wife (Detective Villette), and The Mob Doctor (Dr. Grace Devlin), among others.

Above is Jordana as Rachel in Ozark, and as herself at a red carpet premiere.