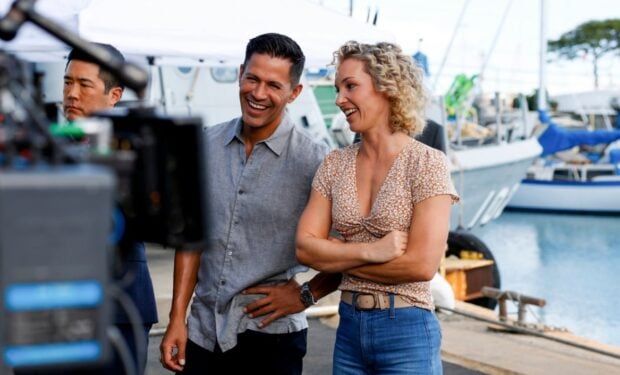 Perdita Weeks and Jay Hernandez are taking the cancelation of Magnum P.I. a lot better than their fans are. Hernandez wrote that “all good things come to an end,” while Weeks cheerfully said “That’s Aloha from us at Magnum P.I.”

Weeks called the experience the “wildest rid of my life” and signed off with “Ohana forever.” She also said “cheers to the best investigative partner a gal could have asked for.”

Of course, one of the first responses is the posting of the hashtag #savemagnumpi.

Fans have enjoyed their increased power in this regard lately, as the multiplicity of platforms has allowed various shows — beloved and promoted by fans — to return under a different banner after being cancelled. Arrested Development and Brooklyn Nine-Nine are prominent examples.

Weeks and Hernandez are close and worked wonderfully together, even when he moved behind the camera. She calls him an “all around good chap and my very good pal” below, while bragging on his directing chops.

The good news for Perdita Weeks fans is that she’ll be on screen again in a heartbeat. Success and talent are a potent combination in Hollywood — Weeks has enjoyed both. She’s also an actor who works well with others — just ask Jay. And, of course, the camera loves her.