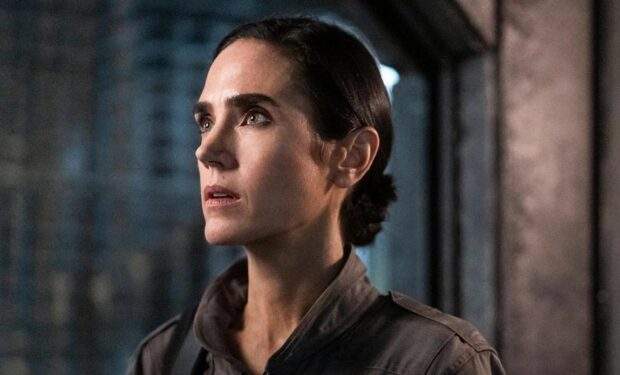 On April 29, Hollywood movie star Jennifer Connelly (A Beautiful Mind) made her debut on Instagram. Her first post was a series of personal photos (with her cat, husband actor Paul Bettany, and children) — see below.

Little by little, the Oscar winner is revealing her sense of humor on the social media platform. When Connelly shared the spiky blue hair wig photo below, she wrote: “Answering my Zoom calls like this from now on.”

More than one fan referred to the 1986 film Labyrinth, in which Connelly starred with the late great David Bowie (who wore a similar but blond wig for his role as the Goblin King Jareth).

Connelly appears next on the big screen with Tom Cruise (below) in Top Gun: Maverick, which premieres on Friday, May 27 (Memorial Day weekend).