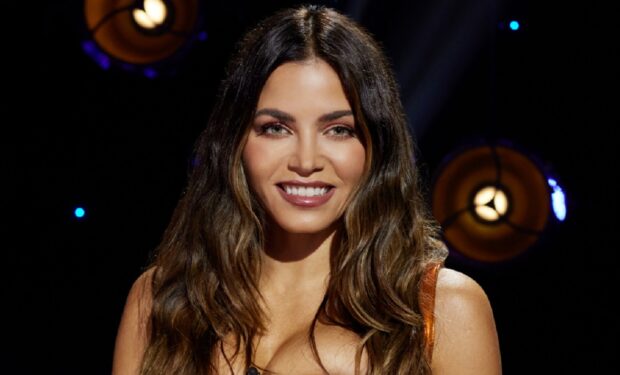 Judge Jenna Dewan on Come Dance with Me (Narelle Portanier/CBS)

The Come Dance with Me episode ‘Musical Magic” draws inspiration from the contestants’ favorite musicals. Each dance team (there are only seven parent-kid teams remaining) is faced with the daunting task of showcasing their theatrical skills.

To ease the nerves of the teams, judge Jenna Dewan will perform while her fiancé, Steve Kazee, sings “a special version of ‘Falling Slowly’ from Once.” Swipe photo above to see sneak peek pics.

The song ‘Falling Slowly’, which was featured in the 2007 Irish musical romance film Once, won the Academy Award for Best Original Song in 2008. Watch trailer below.

Come Dance with Me airs Fridays at 8 pm on CBS.