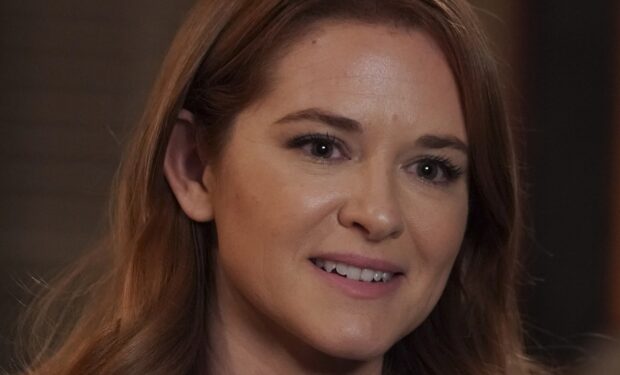 On the two-part Season 18 finale of Grey’s Anatomy, while Grey Sloan Memorial deals with a blood shortage by setting up a voluntary donation center, Nick (Scott Speedman) asks Meredith (Ellen Pompeo) for help with his patient (guest star Kristen Lehman), and Dr. April Kepner returns and in blue scrubs.

Sarah Drew, who plays April, shared the fun behind-the-scenes video above from the set. Fans are going wild over the return of April.

(In season 17, it was revealed that April separated from husband Matthew and left Seattle to go to Boston with Jackson.)

As one replied: “omg YAY! wasn’t expecting the scrubs, this made me cry happy tears.” Another fan chimed in: “FINALLY the best character of greys is back.”

The finale of Grey’s Anatomy airs Thursday, May 26 at 8 pm on ABC.