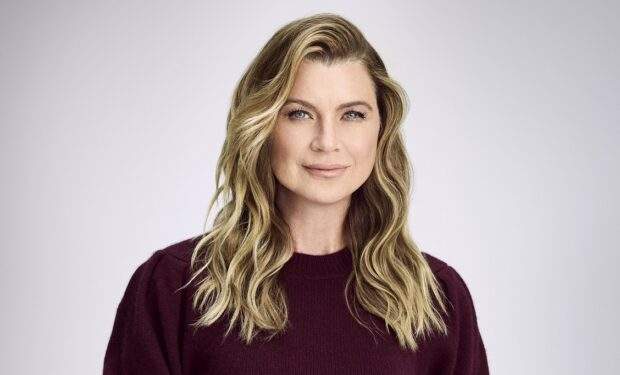 When not playing Meredith Grey on the ABC medical drama Grey’s Anatomy, Ellen Pompeo is often at work at home.

When Ellen filmed her assistant Marina (below) listening to a teaser of Justin Bieber’s new song, Marina complained that the song, “I Feel Funny,” is too short (it’s one minute and 15 seconds).

When Ellen comes to the defense of “Biebs,” she says he’s probably busy, Marina replies, “I’m busy too.”

Having fun, Ellen told Marina: “Your job is actually not to listen to Bieber songs. And if you can’t work because of Bieber’s songs, you and I have a problem.” That’s when Marina smiles and laughs, “I’m gonna have to put in my two weeks then.”

When Ellen posted the video, she tagged Biebs and wrote “you owe me an assistant.” Both Mr. and Mrs. Bieber responded. The Mrs. replied with a series of laughing/crying emojis and The Mr. replied with smiling with red hearts emojis.

Marina is also a fan of Harry Styles (see super glam photo above).