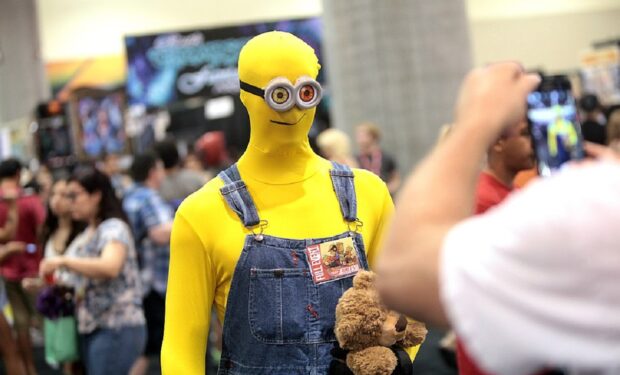 Legendary entertainer Diana Ross has plenty going on right now, but not much could be bigger than the divine Ms. Ross’s single for the new Minions movie: Minions: The Rise of Gru. Ross is touring Europe and the UK in June and July, and fans are very excited about it. But still, Minions!

Ross hasn’t had a platform as big as Minions in a long while. That’s mostly because few people have. Minions is gold, or at least very yellow.

Sure, Lady Sings the Blues was an iconic film, but Minions is set to trounce everything at the box office. And it do its trouncing with a Ross single, “Turn Up The Sunshine.” (The tune drops May 20.)

Ms. Ross shares a certain sartorial splendor with the Minions too, as seen below. She writes, “Yellow is the color of joy, happiness, and sunshine.” Who could argue, given this evidence?

Minions: The Rise of Gru hits theaters in July, while Diana Ross is in Europe.