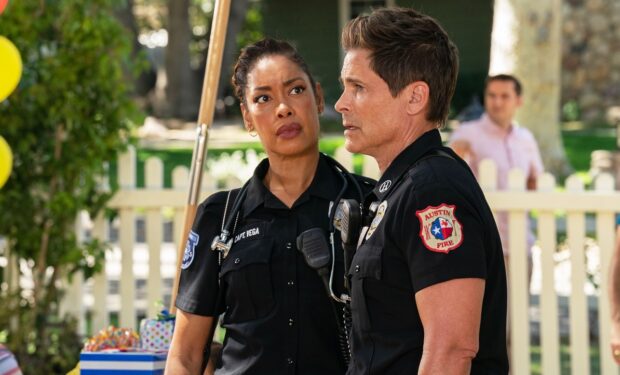 On the 9-1-1: Lone Star episode ‘Down to Clown,’ while Owen (Rob Lowe) has a breakthrough in therapy, and a clown has an emergency at a young boy’s birthday party, Tommy (Gina Torres), T.K. (Ronen Rubinstein) and Nancy (Brianna Baker) race to help a survivalist who has a painful encounter with a reptile.

As seen and heard in the video below, Brianna Baker (who plays Nancy) says the end of Season 3 is “going to be insane.” So much so that it’ll have “people waiting for us to come back.” Note: The Season 3 finale airs Monday, May 16.