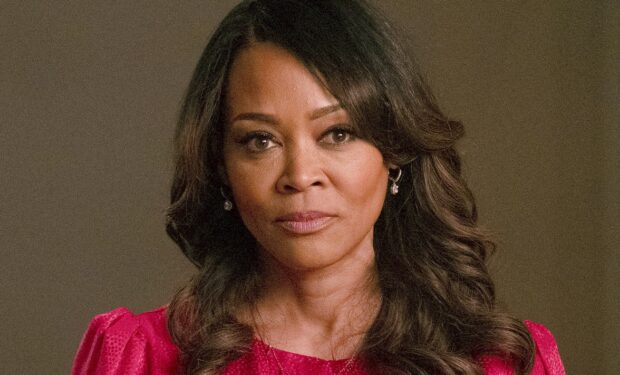 Actress Robin Givens is known for her roles on Batwoman (Jada Jet), Riverdale (Sierra McCoy), Head of the Class (Darlene), and in films including Bowfinger (Jacqueline) and Blankman (Kimberly), among many others.

When not at work, Givens spends time with her son Billy Givens Jensen. In the cute family photo above, that’s Billy’s dad, former professional tennis player Murphy Jensen. (Murphy and his brother Luke won the men’s doubles title at the French Open in 1993.)

Givens captioned the photo: “Our baby is all grown up.” Billy will graduate from Seattle University this Spring.

The young man plays tennis, too!

Get ready to see more of Robin: she’s directing The Nana Project starring Mercedes Ruehl as Helen “Nana” Lewis, a feisty competitive chess master who goes on a road trip with her grandsons (Will Peltz and Modern Family’s Nolan Gould) to the state championships.