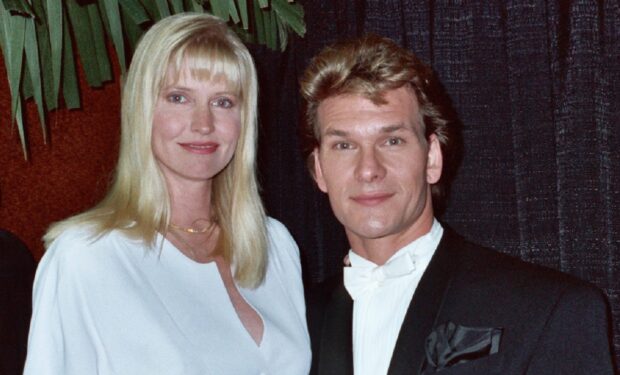 On the seventh episode of the ABC biopic series Superstar, the show chronicles the life of the late actor, dancer and singer Patrick Swayze. Swayze was best known for his roles in movies including Dirty Dancing, Ghost, Road House, Point Break, and The Outsiders, among many others. Swayze died of pancreatic cancer in 2009. He was 57.

When not on a Hollywood movie set, Patrick Swayze spent time with his wife, fellow actress and dancer Lisa Niemi, whom he married in 1975 (see sweet photo below). They met as teenagers at Swayze’s mother’s dance studio.

When Niemi Swayze celebrated what would have been their 46th wedding anniversary, she shared the photo below. She explains: “Patrick’s life was cut short, but he really knew how to live. Like, he loved ordering multiple desserts! Honoring him on what would’ve been our 46th anniversary.”

Above is a photo of Lisa with her mother-in-law, Patrick’s mother Marie who turned 96 in 2021.

Superstar airs Thursdays at 10 pm on ABC, right after Grey’s Anatomy at 8 pm.