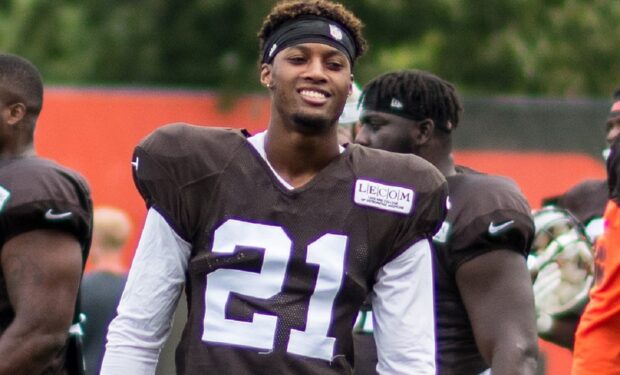 (We’re just kidding, LeBron, we know you went back to The Land and got the Cavs a title. We know.)

Now Ward is being rewarded for his loyalty and — more importantly — for his ability to make wide receivers quiver at the line of scrimmage.

Ward is signing a contract with the Browns that’ll make him the highest paid cornerback in the NFL. (For the moment, anyway, these “highest paid” records keep getting broken.)

The 24-year-old will make about $20 million a season, with almost $75 million guaranteed, and he’ll be in Cleveland trying to win a title until at least 2027.

No doubt, Ward feels blessed, as he says. Now all the man needs to do to fulfill his favorite son status — a la LeBron — is bring home a Super Bowl trophy.

Loss of words, I’m blessed.I want to thank the Haslams, JW Johnson, Andrew Berry, coach Stefanski and the rest of the browns organization for continuing to to believe in the home grown kid and allowing me to represent this organization and city of Cleveland where I’m from @Browns