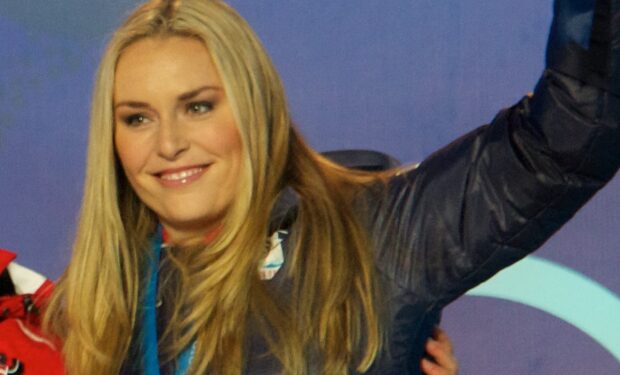 Olympic champion skier Lindsey Vonn gives fans a little show dressed in what’s presumably her favorite color — gold! like her medals! — and walks the runway to help promote the Laureus Awards, where she’ll take on hosting duties from Seville, Spain, on April 24. (Tune in on NBC.)

Vonn obviously knew her fans would appreciate her stride, so amusingly she put the video on loop. For fans of an athlete who has always gone forward with great speed and purpose, it’s really fun to watch her walk it back for once! “Golden Girl!” writes one ecstatic fan, in the comments.

Vonn was given the Laureus Spirit of Sport Award in 2019 to celebrate her retirement from competitive skiing. In 2021 she became a member of the Laureus Academy.

Note: Vonn doesn’t need to be in gold to enchant. She looks very comfortable in the slate dress, too, making her Spanish surroundings glow.

And speaking of going fast. Below is a dream pic for sports fans, featuring two of the fastest humans on the planet. Sure one uses skis and a mountain, but these two people have achieved some velocity! Usain Bolt and Lindsey Vonn chat about who’s faster.