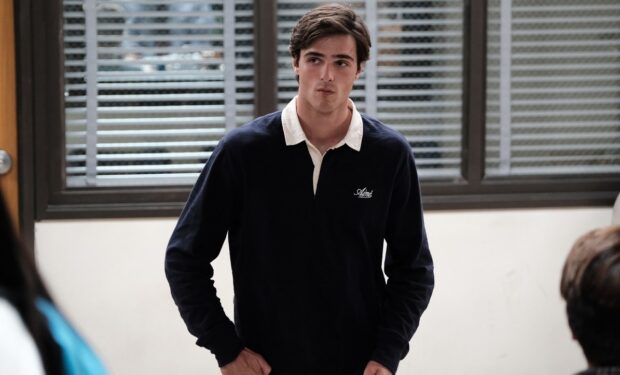 Euphoria is the hit HBO Max series that takes “a look at life for a group of high school students as they grapple with issues of drugs, sex, and violence.” Zendaya stars as the troubled teen Rue Bennett. While fans wait for Season 3 of Euphoria, HBO Max released the stunning, super glamorous new series of cast member portraits, by photo duo AB+DM, below.

More than one Euphoria fan replied: “Where’s Nate?!” Nate is portrayed by Jacob Elordi, who is featured in the new BOSS scent ad below.

Get ready to see more of Jacob: He stars in the recently released thriller Deep Water with Ben Affleck and his ex Ana de Armas (trailer below), and will appear next on the big screen in the film He Went That Way with Patrick J. Adams (Suits) and Zachary Quinto (Star Trek).