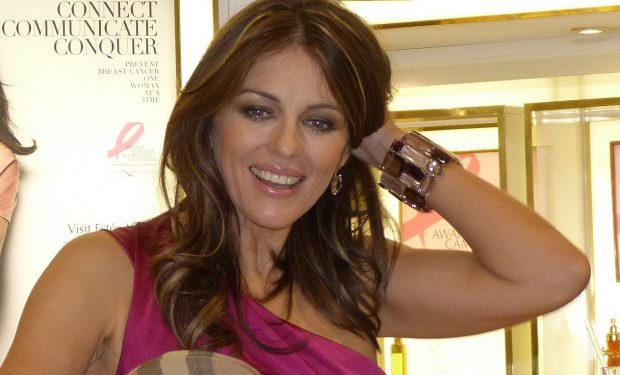 Supermodel, actress and swimsuit designer Elizabeth Hurley looks like she’s ready for Christmas again, and so are her fans. Tagging her latest bikini pic post with the hashtags #FatherChristmasIsBack and #NewMovie, Hurley writes: “Filming on a sunny island has its pros #newmovie #fatherchristmasisback…again.”

If this particular Hurley pose and the tropical island weather below don’t immediately make you think of Christmas, keep looking. Hurley has a way of changing minds.

Father Christmas Is Back was released on Netflix in November 2021. Directed by Philippe Martinez and Mick Davis, the fun movie starred Hurley, Nathalie Cox, John Cleese, and Kelsey Grammer. The original movie was filmed in England, where the action was set in a Yorkshire mansion.

Hurley played the very fashionable Johanna in the film.

The plotline of the sequel — which Hurley indicates she’s currently filming in the tropics (“#newmovie #fatherchristmasisback…again”) — must be very different. Yes, England is an island, but it looks nothing like this.

On the business side, Hurley recently told fans and customers that her popular leopard print bikini — from Elizabeth Hurley Beach — is back in stock. As you can see, she saves a little money on marketing by providing her own supermodel services.