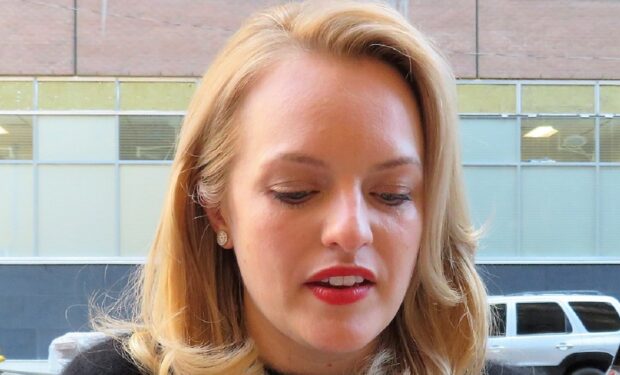 When the reviews have headlines like ‘Elisabeth Moss Elevates Shining Girls‘ (LA Times), it’s no surprise that Moss looks positively joyful in the shared photos below. Moss plays Kirby Mazrachi, who tracks a serial killer after surviving an attack in the Apple TV+ series, which has a strong 81% rating on Rotten Tomatoes.

It’s not your average killer tracking though, since Kirby’s reality isn’t quite stable. (Check out the ingenious best-selling book Shining Girls by Lauren Beukes.)

For Moss, the promotional tour for the show is a very orange affair in general, and if everything looks good on Moss, perhaps orange especially does. Fans love it.

“The color theme of this press tour is orange…and I love it!!!” writes one fan. Another says, in perfect internet parlance: “This orange journey though.” Yet another equates Moss with a “ray of sunshine.”