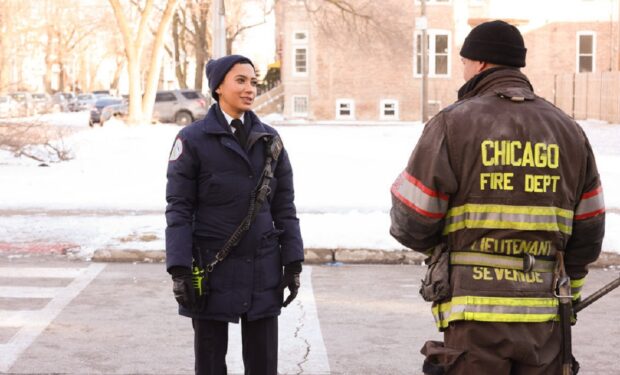 When not investigating fires, actress/singer Andy Allo is either modeling (see photos above) or singing on stage. Yes, that’s Andy singing with the late great Prince. She was in his band The New Power Generation in 2011. And Prince worked on her solo album Superconductor, which he executive produced and arranged. He also co-wrote three songs on the album with Andy.

When Andy shared the inspiring video below, she wrote: “After every concert Prince would have all of us sit together, watch it back and take notes of where we could improve.

“At first I dreaded it cus I didn’t want him or the band to see me not at my best but then I totally loved it because it ingrained in me the constant practice of being in the mind of a beginner and a learner. “It showed me what I needed to work on. It was a tool not a punishment.”

She added, “That’s how Prince became Prince. He always looked for ways to be better and continue honing his craft.”

Andy also looks amazing in the neon bikini below, which was taken in the Nile River in Egypt.