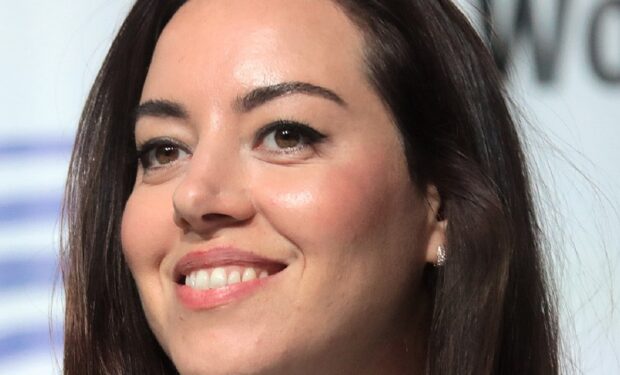 Fans who have the courage to stop staring at the first pic in this amazing Aubrey Plaza Instagram drop — yes, the first photo, with those tres chic pants — will be rewarded a few swipes down by the divine Ms. Plaza strolling in a diner.

We’ll let a fan who gets it exactly right describe the pic: “Ahhhh! The polka dot dress!!!🔥🔥🔥🔥”

It’s a pic and a dress — and an actress — that surely, all put together, contend for any Best of 2022 prize. Cosmopolitan is at the top of its game here, too. (Also, note to casting directors: that man in the booth staring at the menu, the one who pretends to play it cool? Audition him. That’s acting.)

Plaza is talking to Cosmo about Mike White‘s The White Lotus, Season 2 on HBO, which she’s filming in Sicily. Besides the fact that the environment informs the essence of the show, Plaza also revealed a bit about the plot: “I play a woman who’s married and we’re on vacation with another couple. Our story exists with our little foursome, but there are moments when some of the characters overlap.”

(If you’re thinking about Patricia Highsmith feels, you’re not alone. )

Those overlaps may or may not include scenes with Jennifer Coolidge — Plaza is professionally mum about such things, except to kind of admit “I do” have scenes with Coolidge. “I think,” she adds.

Plaza is exceptionally in demand at present. Her star turn in Emily The Criminal is creating big, big buzz. Here’s the cast and crew, talking about the film at Sundance.