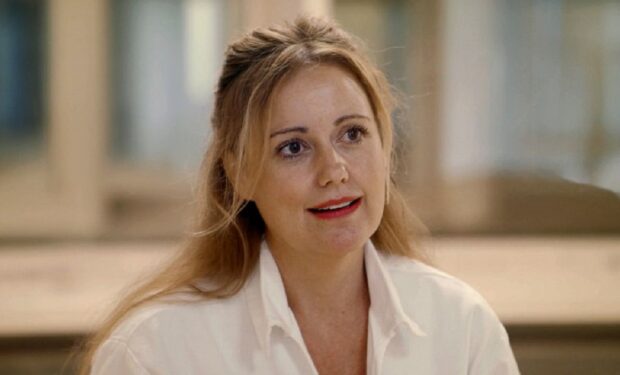 The 20/20 episode ‘Dead Man Talking’ investigates the incredible story of former Texas veterinarian Wendi Mae Davidson who was accused of murdering her military hero husband, U.S. Air Force Staff Sgt. Michael Severance, in 2005. In 2006, she pleaded no contest to first-degree murder and two counts of tampering with evidence, and was sentenced to 25 years in prison.

ABC News reporter Matt Gutman travels to the Gatesville Correctional Facility in Texas to speak with Davidson for her first network TV interview from prison. It’s been 15 years.

As seen in the sneak peek video above, Gutman reports: “From day one she has insisted she wasn’t responsible for the death of her husband.”

Gutman says in the clip that Wendi, who comes to the interview in a bright white prison jumpsuit and red lipstick, “doesn’t look or act like any of the killers I’ve talked to.”

In the video below, she smiles and laughs about “how crazy” things were and says even crime writer Dean Koontz “couldn’t make this up.”