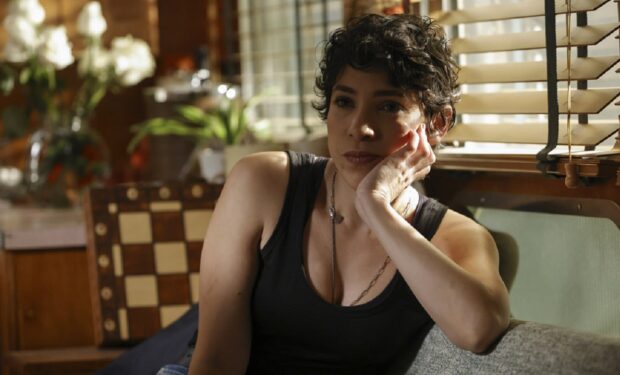 On The Blacklist episode “Arcane Wireless,” while the Task Force continues its unpredictable investigation into Arcane Wireless, the untraceable cellular network for criminals, Red (James Spader) “races against the clock” to get a colleague out of trouble.

She is known for her recurring roles on Law & Order: Organized Crime (ADA Maria Delgado), Ray Donovan (Valentina Santiago), and New Amsterdam with former Blacklist star Ryan Eggold, among others.

Get ready to see more of Diany: she will appear next on the big screen in the American remake of the French rom-com The Valet. See trailer below.

It’s about a movie star who convinces a parking valet at a Beverly Hills restaurant to pose as her lover to cover for her relationship with a married man. The American remake stars Eugenio Derbez, Samara Weaving (Nine Perfect Strangers), Max Greenfield (The Neighborhood) and Betsey Brandt (Life In Pieces).

The Blacklist airs Fridays at 8 pm on NBC.