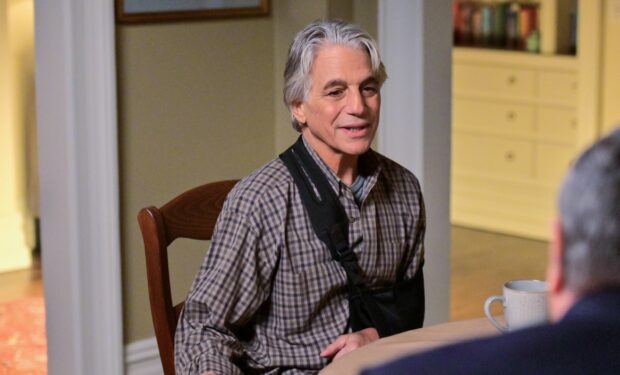 On the Blue Bloods episode ‘Allegiance,’ while Baez (Marisa Ramirez) forces Danny (Donnie Wahlberg) to help her find the killer of her favorite TV personality, Frank (Tom Selleck) investigates the family of Lt. Raymond Moretti (Tony Danza) after a “random” shooting at the officer’s home. Frank suspects Moretti’s family of having criminal ties.

Tony Danza is well known for his lovable role of in-live housekeeper Tony Micelli on the hit sitcom Who’s the Boss? with Judith Light (his boss) and Alyssa Milano (who played his daughter Sam).

Since Who’s the Boss (which followed his days on Taxi), Danza has starred in several TV series including Family Law, and most recently, Netflix’s The Good Cop with opera singer Josh Groban and the late Bob Saget, among others.