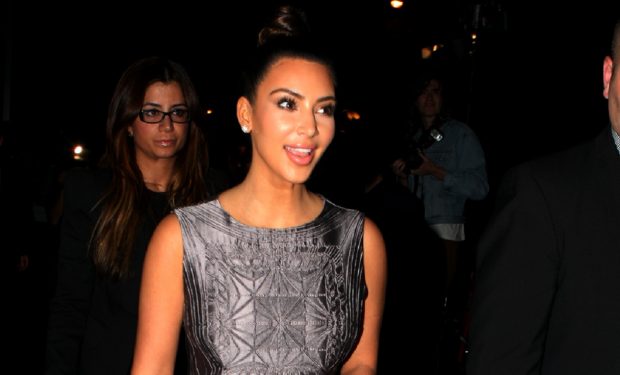 Kanye West and Kim Kardashian have done a lot for each other and to each other. That’s the situation in any marriage, but in this case it’s a marriage amplified by the pressures and pleasures of fame. One of the gifts West gave Kardashian was broader fashion exposure. Yes, Kim Kardashian has always been known as a style magnet, but it’s surprising to remember how much credit she once gave Kanye for her style evolution.

It’s been an evolution that, as of this week, has brought Kardashian exactly here:

The first answer is by bringing Carine Roitfeld into Kim’s fashion orbit and lexicon. Roitfeld is the former editor of French Vogue. Kanye told Kim Roitfeld had essentially written the text to contemporary fashion.

Kardashian said of Kanye’s fashion influence in 2015: “I look back at outfits and I’m mortified. I remember one day, he brought me Carine Roitfeld’s book and was like, ‘You should be studying this book, this is the fashion bible.’ I was like, ‘Who’s Carine?’ I knew nothing.” Now she does know Carine. Kim also knows Miuccia Prada.