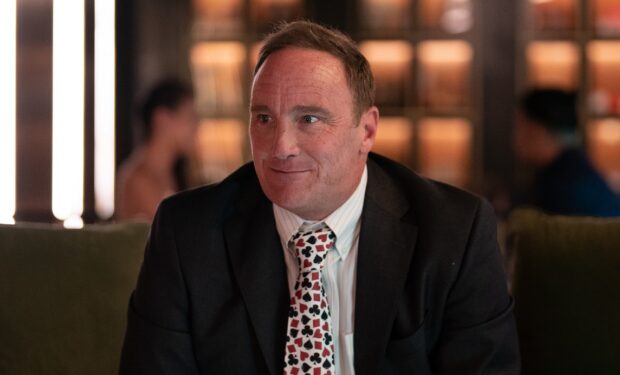 On the second episode of The Cleaning Lady, “The Lion’s Den,” while Thony (Élodie Yung) tries to back out of her deal with the crime syndicate, things take a violent turn during a weapons exchange — inventory goes missing. Arman (Adan Canto) sets out to catch the thief and involves his gorgeous wife Nadia (Eva De Dominici) who meets an American named Eric Knight (guest star Jay Mohr).

Stand-up comedian Jay Mohr is known for his impersonations of Christopher Walken, Billy Idol, and Sean Penn, which he performed on Saturday Night Live in the 1990s.

Mohr is also known as an actor: he starred in the TV series Gary Unmarried and Ghost Whisperer, and in movies including Jerry McGuire with Tom Cruise, Picture Perfect with Jennifer Aniston (see below), and Suicide Kings with Walken, among others.