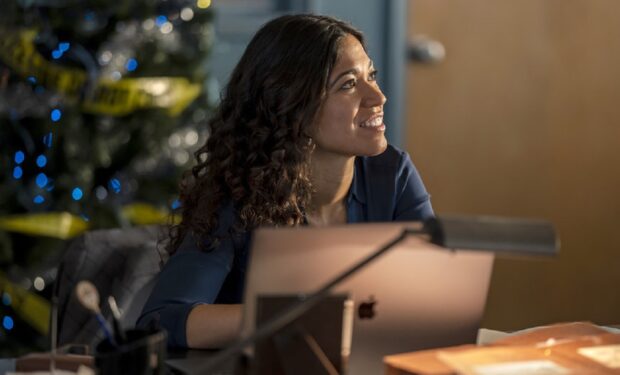 On the Law & Order: Special Victims Unit episode ‘Silent Night, Hateful Night,’ NYPD Captain Olivia Benson (Mariska Hargitay) and the SVU are called in to help investigate a wave of hate crimes on Christmas Eve. They work with Captain Declan Murphy (Donal Logue) and Detective Mia Ruz who is portrayed by Cyndee Rivera.

Cyndee made her debut as Mia Ruz on Law & Order: Special Victims Unit in the February 2021 episode ‘Hunt, Trap, Rape, and Release,’ in which Benson (Mariska Hagitay) teamed up with the Bronx SVU to track down a serial rapist with victims in both boroughs.

Cyndee made her acting debut in the 2010 movie Getting Outer Space. Since then she’s appeared on TV shows including The Blacklist.