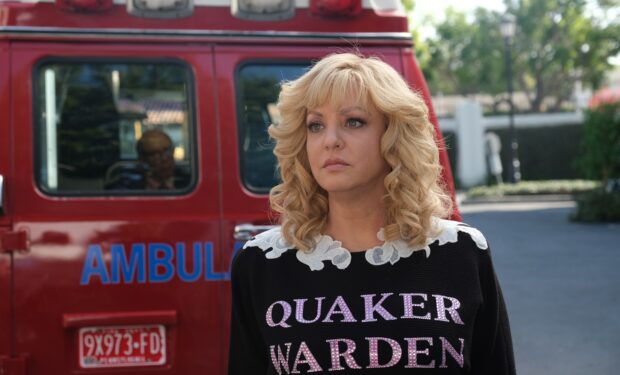 It’s said that fame has reached the summit in the 21st century, with everyone having their own megaphone on social media and new faces and voices becoming famous seemingly overnight. But the idea of fame and the huge desire for it go back to the ancient world. Cleopatra‘s renown gave her access to Roman rulers just the way Kim Kardashian’s fame helped her get together with Kanye.

In the 1980s in America — the time of The Goldbergs, of course — fame really was defined for people by one thing, the movie. Yup the movie FAME with it’s enormously catchy anthem (“Fame, I wanna live forever, I wanna learn how to fly, high!”) was the epitome of getting famous in the 1980s. It was the classier version of Ed McMahon’s Star Search! (Talk about a time capsule!) Remember, the 1980s was when the U.S. elected its first Hollywood star as president!
“Fame, it’s a dream of instant success,” says the narrator in the trailer.

So of course Beverly is going to put on a FAME-themed show at William Penn — because the movie was an enormous touchstone of the American Dream that decade. It told the tale of hard work and sacrifice, and promised endless riches and stardom. In other words, it was American through and through. You think the Berlin Wall came down just with politics? No, FAME also swung a very heavy American hammer at the wall.

How about this review? “One of the best films of any genre — a fresh and funky, sassy and brassy, gutty and gritty, slick and smart piece of work. The song and dance scenes are hard to beat in terms of sheer energy and atmosphere…” They even made a TV show to follow up. And a remake in 2009:

And it’s funny, because FAME is about wanting to live forever — and here are The Goldbergs making sure the 1980s never perish. That’s why it means so much. Beverly is always on the money.