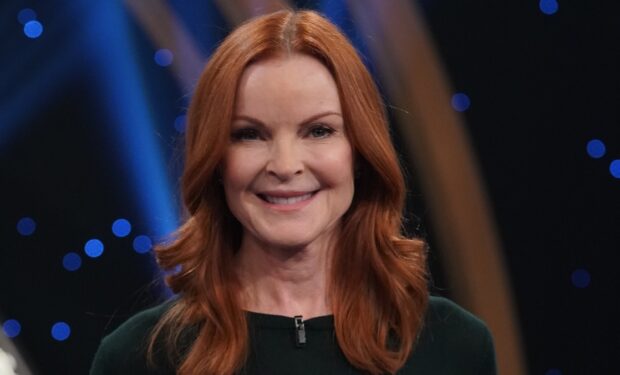 Actress Marcia Cross is best known for her roles on Melrose Place (Kimberly Shaw) and Desperate Housewives (Bree Van de Kamp), among others. On the Celebrity Wheel of Fortune, the gorgeous and talented red-haired star is playing for the charity Stand Up to Cancer.

Marcia is speaking publicly to help end the shame around the disease, which can be transferred through sexual intercourse or skin-to-skin contact. It can also cause cancer of the cervix, ovary, and penis.

While “it is difficult to talk about,” Marcia told People magazine: “In spite of the optics, I care deeply about saving lives. To that end, the important thing to do is educate the public about HPV.” She is using her platform to urge people to get the HPV vaccine.

Celebrity Wheel of Fortune airs Sundays at 8 pm on ABC.